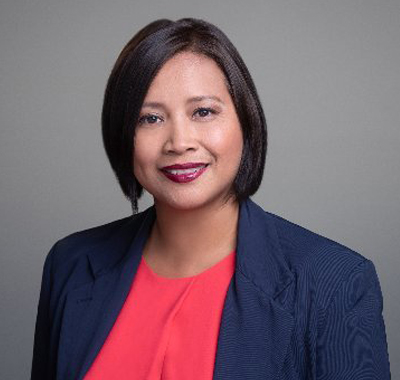 Veteran journalist Kris Vera-Phillips has been a producer, a professor and Vice President of Journalism Programs with AAJA.

Vera-Phillips was on assignment for the U.S. State Department in St. Petersburg, Russia, where she taught American multimedia journalism classes. While there, she said she learned just how differently journalists are perceived in the country.

While in St. Petersburg, Vera-Phillips learned about the dramatically different attitude in an unorthodox way.

She spoke about her experience sitting on panel about marijuana. She showed a news video about California’s ballot measure on legalizing recreational cannabis. Other panelists said this video could be considered propaganda in Russia because it showed a positive perspective of drug use. “It seemed like if you were not in great agreement with what is considered the mainstream status quo on a topic like marijuana, then they question,” Vera-Phillips said. “That could jeopardize your reputation.”

Her time in Russia wasn’t her only experience abroad; Vera-Phillips’ time studying journalism has also taken her to England and France. She recalled interviews she did with Parisians about the 2004 presidential election, classes at Paris’ Sciences Po and Londoners’ somewhat flippant attitudes towards American politics.

Vera-Phillips said that she thought about teaching as a possibility when she came back to the United States, and although she didn’t start her time at Arizona State University until last year, she’s wanted to teach since returning from Russia in 2004. She’s also worked with the AAJA VOICES program to mentor college journalists.

“I found that working with student journalists, it’s just really rewarding, really exciting,” Vera-Phillips said. “And also it helps me stay in touch with, you know, what is important to the next generation of leaders who are coming up through the ranks, and I wanted to do more of that.”

Objectivity and nonpartisanship are part of being a journalist, especially as a professor, Vera-Phillips said. But she explained that when attending the 2019 AAJA convention, she was presented with a challenge to the traditional mindset about what unbiased journalism looks like. During the convention, a speaker asked about why the basis of nonpartisanship is always White and male. Since then, she said she’s attempted to approach her teaching from a different standpoint.

(CORRECTION: This piece has been edited to clarify that Vera-Phillips did not teach propaganda in Russia, nor was she completing her master’s degree while teaching there.)