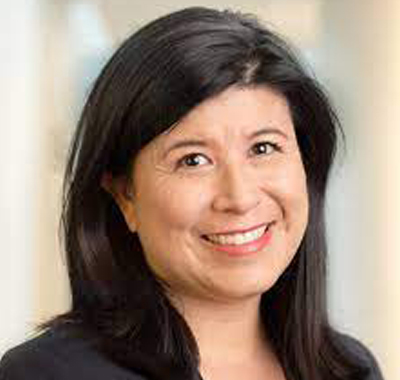 Sara Kehaulani Goo wasn’t always sure there was a place for her within the Asian American journalist community.

That would change, though, after she participated in the Asian American Journalists Association’s Executive Leadership Program (ELP). A week of training with newfound friends helped the Southern California native, who’s half-White, part Hawaiian, and a fourth-generation Chinese American, realize that her Asian American identity was equally valid.

“I needed to own my Asian Americaness more, instead of burying it and putting my head down,” said Goo, the executive editor of Axios and a 2005 ELP alumna. “I needed to be more clear about my own ambition and roles and not be indirect or shy about it.”

Goo said that ELP served as a springboard in transitioning from a reporter to a manager in the newsroom. It also forced her to confront the realities of being an Asian American in the business, which she didn’t notice or want to acknowledge at first.

“America sees us the same whether we do or not,” Goo said.

Her passion for journalism started in high school as editor of the yearbook. Living in Southern California, Goo had many questions about the broader world and wanted to understand it better. For her, journalism was “a scratch to this itch.”

She chose the University of Minnesota-Twin Cities and joined AAJA soon after graduating.

Goo has always been ambitious. Starting out as a reporter, Goo eventually found her purpose: Filling a missing voice in the top levels of news organizations, a voice that sounded like hers.

Prior to joining Axios in 2019, Goo was the Managing Editor for NPR, Senior Digital Editor for the Pew Research Center and Senior News Director for the Washington Post.

In her current role, Goo oversees the Axios newsroom, upholds the newsroom’s standards and helps guide coverage and growth. She said working at a newer, smaller organization has allowed her to be more innovative, flexible and fast.

When it comes to under-representation in the news organization, Goo stressed the importance of being intentional in the hiring process so that Axios is held accountable for its decisions.

Looking back at her career, Goo said she’s most proud of building better newsrooms, finding new ways of connecting with people and helping the industry evolve into digital spaces—though she feels she’s not done yet.

Her next challenge: Growing Axios into a bigger, more prominent news operation beyond the startup stage. Goo said she also hopes to write a book about her family in Hawaii and the land they’ve passed down, uncovering Native Hawaiian culture that has been erased over generations.

“It’s a book that I feel like I have to write, because no one else can write it,” she said.
© Asian American Journalist Association. All rights reserved