AAJA’s elections will be rooted in the following core principles: dedication to AAJA’s mission, transparency, respect, empathy, open and constructive debate, and the pursuit of organizational and financial stability of AAJA as a nonprofit.

AAJA will be holding a special election for the remainder of the 2022-2023 term. This election will be taking place to fill the role of Senior Vice President, as the position will be vacant starting in January 2023.

Nominations are due no later than Wednesday, September 21 at 8 p.m. ET and electronic voting via e-ballot will begin Monday, October 3. This year’s special election schedule is as follows:

Each year, the timeline for national officer elections is determined by the Election Officer and the Executive Director. AAJA’s national officer elections run for six weeks and take place in conjunction with the summer convention. The Board of Directors, in conjunction with the Executive Director, shall establish the procedure and the time frame for elections, per AAJA’s bylaws.

View all candidates and their statements HERE. Watch the Candidate Forum from Friday, Sept. 30 HERE. 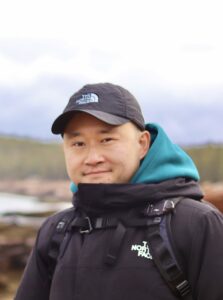 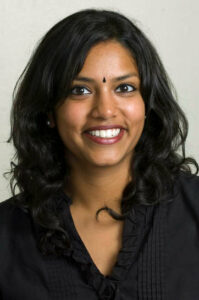 The voting period for our special election was Monday, October 3 through Wednesday, October 12.

AAJA HQ will distribute information on the voting method. Members will also receive timely communications about election deadlines at the email address associated with their membership.

All eligible voters – Professional, Gold Professional, Platinum Professional, Lifetime, Retired or Student members in good standing – are entitled to cast one vote and will receive their eBallots today, sent to the email with which they signed up for their AAJA membership. If you are not currently eligible to vote, you may become eligible by registering or renewing your membership. For questions on joining or renewing, visit the Membership FAQ.

Once ballots are cast, they cannot be changed. Only ballots originating from the principal office, with the sanction of the vice president of communications or the Election Officer, shall be considered bona-fide. Absentee ballots must be received by AAJA at least two weeks prior to the election date. An absentee ballot is considered cast when received by the principal office.

Ballots will be sent via eBallot. Please remember to check your spam or junk mail folders, and ensure that you are checking your email address associated with your AAJA membership.

Members must activate or renew their membership in order to be eligible to vote in the elections. Please note that once you renew your membership or join as a member. The SVP special election ballots schedule is as follows:

For more information on the elections process, please review our AAJA National Officers Election Guide, which incorporates updated practices and standards governing AAJA’s elections. This guide was approved by non-candidate members of the Board of Directors in July 2021.

This guide will serve as an addendum to AAJA’s bylaws, which govern AAJA’s elections. Portions of this guide are drawn directly from the bylaws. For matters not addressed in this guide, please consult AAJA’s bylaws. It was produced in July 2021, and will be reviewed every year prior to the beginning of AAJA national officer elections. This guide codifies longstanding practices and standards of AAJA elections in order to ensure continuity, fairness, transparency, and a shared understanding of expectations and standards. It incorporates updated practices and standards approved by the non-candidate members of the Board of Directors in July 2021.

If you have additional questions regarding elections, please contact vpcomms@aaja.org.