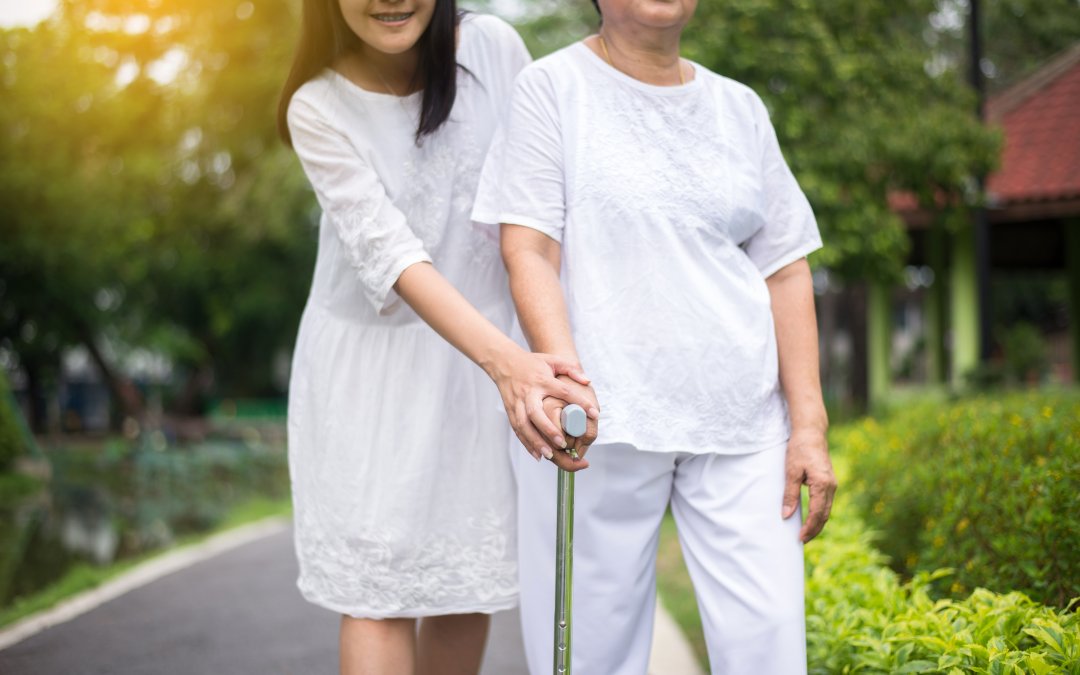 Winning submission to AAJA’s Caregiving Contest 2019, with the generous support of AARP

My mother and I were chatting after I’d stopped by for tea (and to check on her — she still lives on her own at age 93). Then she made an announcement: “Did you know that June died?”

My jaw dropped. Not because my mother’s close friend had died. Because two weeks ago, I’d called and told her June had died.

Snow on the roof

When my mom’s reactions confound me, it helps to talk to my cousin. Her father, now 89, is my mother’s youngest brother. Mom and my uncle grew up in a family of six kids, the only Japanese in a tiny mountain-rimmed mining town in eastern Washington state. My grandfather said it reminded him of Japan.

It’s the Asian thing, my cousin often says. They won’t admit they have a problem.

They don’t want to impose or, God forbid, ask for help. They are off-the-charts stubborn.

They were taught to endure. Japanese-Americans have gritted their way through a lot since my grandparents came to this country in the early 1900s: the Asian Exclusion Act of 1924, the Great Depression, World War II incarceration camps, not to mention thermonuclear devices used against civilian populations in Nagasaki and my family’s native Hiroshima. Their strength was called gaman in the camps – “the grace to endure the unbearable.”

Stoicism-as-secret-weapon is well and good, but it doesn’t ease my obsession about another threat: floor coverings. Every aging-with-dignity article says throw rugs are a no-no. They’re like booby trapping a senior’s living space. My mother lavishes them around her apartment. When I point out the danger, she insists “I like them” and changes the subject.

Actually, this apparent lunacy might be in her DNA.

Our family laughs now remembering how Grandpa, who worked on the railroads when he first came to America and lived to be 102, would shovel snow off the roof well into his 90s. After you’ve survived the death-trap conditions of dynamiting tunnels through mountains, climbing a ladder with a shovel in a snowstorm is no biggie.

What to do? Do I lock the throw rugs away? Glue them down? Or leave her to any consequences? Social scientists use the term “mismatched goals” to describe this intergenerational conflict about safety versus autonomy, explains gerontologist Allison Heid in a recent New York Times article.

Having a clinical label is little comfort when it comes to what alarms me most: my mother’s driving.

Early this year, she ran a red light, hit two cars and totaled her car. Thankfully no one was hurt. The next morning, she went out and bought a new Prius.

Experts warn that letting go of driving can be the most fraught transition for seniors. My pleas that she give up her license were met with stony silence.

I called my brother. “Sarah,” he said in his seen-it-all professor voice, “She’s going to do whatever she wants to do.” And I know he’s got a point. Even though she was born in America, my mother was banned because of her race from attending the University of Washington during World War II. That did not stop her from getting two master’s degrees and going on to work in the Asian art department at the world-renowned Cleveland Museum of Art. Perhaps when you’ve pushed back against prejudice your whole life handing over the car keys feels too much like admitting defeat. Gaman.

The rugs, the driving, the forgetting – it’s frustrating and, as I confess to my brother, frightening. But perhaps I can see this latest lapse as yet another lesson in our attempts to support an indomitable, independent, intelligent 93-year-old Nisei woman in the twilight years of her accomplished life.

My cousin says if my mom doesn’t remember me telling her of a friend’s death, maybe it’s that she’s so busy going to museums and movies, reading mystery novels, getting massages twice a month and making dinner for her grandchildren that it slips her mind. It doesn’t mean she doesn’t care or didn’t hear me. Instead, she might need space to make the mental adjustment to this loss, as though her heart lags behind in accepting yet another friend’s passing.

Maybe, instead of condemning her choices, I could honor my mother’s perseverance. I could hold it as the gift of an inner fortitude she’s passing to us at the end. Something to prize, not push back. Her strength is my strength. My cells come from her cells.

When 120,000 Japanese-Americans were sent to the World War II incarceration camps, each person was allowed to bring only what they could carry in a single suitcase. My mom knows she can’t take her life’s accumulations into old age — but for now she wants to pack in all the driving and throw rugs she can. She’s crossing a threshold into inevitable ebb and wants to go there on her own terms. By listening and not lecturing, I can help — and love — her the most.

George Kubota, Jean Kubota Cassill’s father and the author’s grandfather, insisted on shoveling snow off the roof well into his 90s.

Jean Kubota Cassill earned a master’s degree in fine art at the University of Iowa. She attended college in the Midwest because Japanese-Americans were banned from attending universities in her West Coast home state during World War II.

Sarah Eden Wallace is a Japanese-American multimedia journalist who lives in Bellingham, Wash. She has no throw rugs and would rather ride a bike than drive a car any day.

Each year 40 million family caregivers in the U.S. provide critical support to adults with a chronic, disabling, or otherwise serious health condition. AARP and the Asian American Journalists Association (AAJA) partnered to bring to light personal journeys of AAJA members or accounts of other Asian American and Pacific Islanders who have been impacted by caregiving for a loved one. Find out more about the AAJA Caregiving Contest and see last year’s winners here. Thank you, AARP!