The Asian American Journalists Association (AAJA) is proud to announce the following fellows, program leads, coaches and speakers who will be participating in Catalyst: Elevating Media Founders of Color entrepreneurship program taking place from January 29-31, 2020 at Northwestern University in San Francisco.

Catalyst is a three-day boot camp for founders of color who want to learn how to fund and launch their own media products. Our fellows are passionate about media and journalism and aspire to take their side hustles to the next level. The program includes workshops, speaker panels, and one-on-one mentoring sessions where fellows will learn how to:

Please join AAJA in welcoming the Catalyst Class of 2020!

Li-Wei Chu, From the Intercom

Paul Cheung is the director/journalism + technology innovation at the Knight Foundation overseeing investments and initiatives designed to empowering innovation and sustainability in journalism through technology. Cheung has 20 years of experience at the forefront of digital transformation— pioneering VR360, automation, data journalism and visual strategies and digital training initiatives. He led cross functional teams of journalists, technologists, data-scientists and designers, working at media outlets including NBC News Digital, The Associated Press, The Miami Herald, and The Wall Street Journal.

Yvonne Leow is an independent consultant and editor based in San Francisco. She recently helped launch Extra Crunch, TechCrunch’s subscription product for early-stage entrepreneurs. Last year, with the support of the Knight Foundation, she co-founded a local media company called By The Bay to cover SF and CA midterm elections. Yvonne also served as a national president for AAJA from 2016-2018.

Sharon Chan, Vice President of Philanthropy, The New York Times
Sharon Pian Chan is vice president of Philanthropy at The New York Times. Her job is to build a stronger, more just society using the power of great journalism in partnership with philanthropy. Chan previously was Vice President of Innovation, Product & Development at The Seattle Times where she oversaw the digital product, data analytics teams and community funding for journalism. She has served as national president of the Asian American Journalists Association, as vice president for UNITY: Journalists for Diversity and Seattle chapter president for AAJA. She received her B.A. from Pomona College and her Executive M.B.A. from MIT.

Christopher Sopher is co-founder and CEO of WhereBy.Us, a media technology company whose platform enables creators to build their own media business and help inform and engage their community. Today, WhereBy.Us powers five journalism brands around the country—Miami’s The New Tropic, Seattle’s The Evergrey, Portland’s Bridgeliner, and Orlando’s Pulptown—that reach more than 2 million locals every month. Chris previously managed a portfolio of journalism and media innovation grants and investments at Knight Foundation, and has consulted, trained, and spoken for organizations around the world on human-centered design and creating media products for young people. Chris attended the University of North Carolina at Chapel Hill, where he was a Morehead-Cain Scholar and Truman Scholar.

Ken is CEO of the Association of Independents in Radio and co-founder of the Oakland , CA-based production and co-working space, Studiotobe. Organizations under Ken’s direction have secured $150m+ in private equity investment and philanthropic support; managed an $8.5m loan fund; negotiated over $300m in mergers and acquisitions that grew public radio’s audience reach by 65 million+ listeners. Partners and clients include Sundance, Merce Cunningham, Pandora, Intercorp, San Jose Mercury News, O’Reilly Media, and Vote.org. He was also co-architect and originator of the music video streaming collective, VuHaus, acquired by NPR and rebranded as NPR Live Sessions. He completed his undergraduate studies at Columbia University and his graduate studies in Education Anthropology at Stanford University. Ken’s Board service includes: Youth Speaks, Greater Public, The Working Group, Center for Asian American Media, New Art Trust, and The Alliance.

Helen Bui is a business builder, advisor, and media veteran. She’s built new products and businesses from the ground up, expanded consumer and enterprise businesses globally into new markets and scaled sales teams as a prior founder and during her leadership roles at The Wall Street Journal and News Corp and for technology start-ups. Helen is on the Board of Techtogether, a non-profit hosting hackathons and technology experiences across the US to to increase the number of women in technology. She is an advisor for Liquidstar, a company providing a complete rechargeable battery solution to the 1 Billion+ people living without electricity. She also advises multiple NGO projects in developing countries focused on gender equality, Women’s STEM advocacy, financial inclusion, poverty alleviation and economic empowerment.

Richard Lui has been named by Business Insider as one of 21 careers to watch alongside Warren Buffett and Sheryl Sandberg. Over the course of 30 years, Lui has launched six techbology brands over three business cycles, most recently with an artifiical intelligence company in Silicon Valley. After MBA at Michigan Ross School of Business, he joined Citibank where he co-created a fintech payment model he holds a patent for. He was a management consultant at Mercer for an IBM joint venture. Lui sits on four boards of directors / advisers in spaces ranging from international relations to artificial intelligence.

Cohn has been at the forefront of innovation in journalism. In 2008 he created the first platform to crowdfund journalism. Next he was the Chief Content Officer of Circa, a startup redefining how news is consumed on the mobile phone and one of the first organizations to experiment with atomized news structures or “object oriented journalism.” Following this he was an Executive Producer at AJ+ part of Al Jazeera’s research and development team, leading efforts to turn a broadcast organization into a digital operation. Today he is a senior director at Advance Digital’s Alpha Group, which does in-house incubation. Cohn has written for Wired, Seed, Columbia Journalism Review and The New York Times among other publications.

As an Investment Manager, Wes is responsible for leading due diligence and deal execution, building pipeline, and supporting NMV’s for-profit and nonprofit portfolio. Wes joins from the Global Development Incubator, where he helped domestic and international startups and social enterprises think through capital raises, growth plans, and ways to partner to scale their impact. Previously, he was trained as a strategy consultant at Monitor Deloitte where he worked with a variety of public, private, and nonprofit clients, focused on market entry strategy and data analytics.

Sydney is the Senior Associate at Precursor Ventures. In addition to her work at Precursor where she identifies and supports startups, she participates in several extracurricular activities to increase diversity in tech and level the playing field more broadly. She serves on the marketing committee of All Raise, on the Advisory Board of Invanti – a startup generator in the midwest – and is an active supporter of Beyond Emancipation – a nonprofit that serves homeless youth in Alameda County. In 2019, she was honored to join the HBCU.vc 31 under 31 in VC list. Before joining Precursor, Sydney gained experience working in technology startups in business development and product marketing. She has done everything from writing federal SBIR grants to managing customer success teams. Prior to her work in tech, she served in the Bloomberg Administration in NYC. Over the course of her tenure, she drafted federal legislation, negotiated a multi-million dollar contract and received a full-ride scholarship to her business school of choice.

At IDEO, Natalia manages programs to source and accelerate ideas that have the potential to impact global issues, particularly focused on health. Previously, she led programs, strategy, and creative communications for organizations tackling climate change, public health, and women’s issues, including Net Impact, Kopernik, the Nature Conservancy, and IDEO’s Lima-based consulting arm La Victoria Lab. Through institutions in the Bay including the Yerba Buena Center for the Arts and No Mirror Movement, she makes art and choreography. Originally from Hawaii, Natalia has lived and worked in Indonesia, Peru, and US, and currently calls the Mission home.

As part of IDEO’s Business Development team, Chi builds partnerships with organizations excited about co-creating solutions to social and environmental issues with innovators from communities around the world. Prior to joining the firm, her background in communications and fundraising took her all over the Bay Area. She cultivated and manage relationships with brands and foundations in support of civic technology at Code for America, supported high-level donor communications at Fair Trade USA, and helped manage donor communications at LGBT mental health clinic UCSF AHP. A first-generation immigrant and self-proclaimed rabble-rouser, Chi continues to look for ways to build community, facilitate connection, and advance the interests of marginalized and disenfranchised groups. 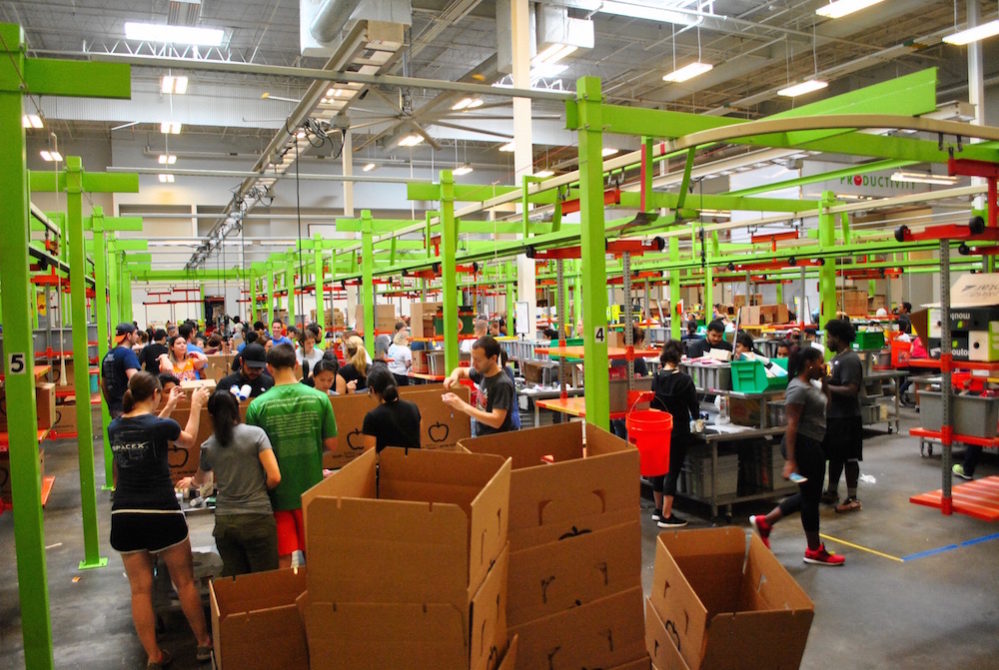 Local Charities to Check Out During #AAJA18