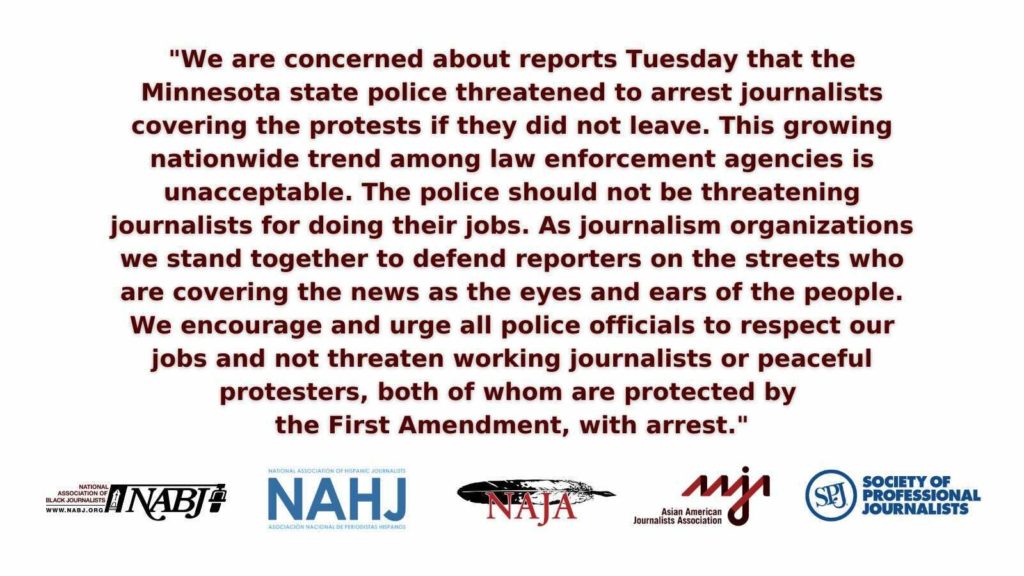 We are concerned about reports Tuesday that the Minnesota state police threatened to arrest journalists covering the protests if they did not leave. This growing nationwide trend among law enforcement agencies is unacceptable. The police should not be threatening journalists for doing their jobs. As journalism organizations, we stand together to defend reporters on the streets who are covering the news as the eyes and ears of the people.

We encourage and urge all police offices to respect our jobs and not threaten working journalists or peaceful protesters, both of whom are protected by the First Amendment, with arrest.