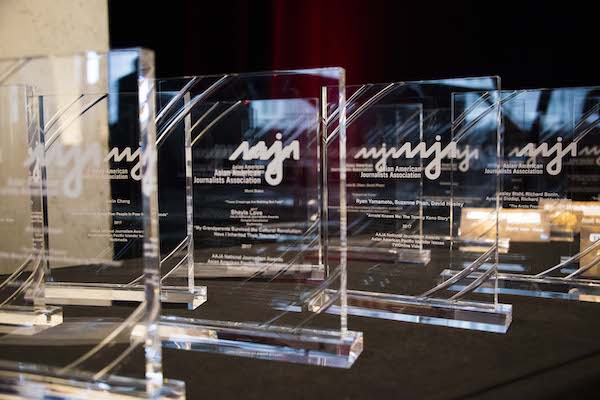 The 2018 AAJA National Journalism, Membership and Special Awards were announced on Saturday, August 11 at the 29th Annual Gala Scholarship & Awards Banquet during this year’s national convention in Houston. Congratulations to this year’s winners!

This award honors an Asian American or Pacific Islander who has demonstrated courage and commitment to the principles of journalism over the course of a life’s work.

Yasutsune “Tony” Hirashiki was born in Naha, Japan in 1938 as the first son of Yasuhiko and Yoshiko Hirashiki. After graduating from high school in Osaka in 1956, he joined Mainichi Broadcasting System (MBS) as a copy boy in the newsroom and worked his way up to become a television news cameraman.

In 1966, he moved to Vietnam to join the ABC News Saigon bureau and covered the war until its end in 1975. After completing coverage of the fall of Saigon, he transferred to Bonn, Germany where he continued to cover war and tragedy in the Middle East and Europe. Hirashiki moved to the U.S. in 1989 to join the ABC News office in New York as a cameraman, where he covered high-profile news events, political campaigns and 9/11. He worked there until 2006, where he retired after 40 years with ABC News.

Throughout his years behind the camera, Hirashiki met and worked with hundreds of correspondents, reporters, crews and producers and always wanted to tell their side of the story. In his retirement, he finally took to writing and published “I Wanted to Be Robert Capa” in Japan in 2008. The book was met with critical acclaim and awarded the prestigious Ooya Souichi Non-Fiction Award. He then went on to publish two more books about the Vietnam War. In 2017, he published his first book in English, “On The Frontlines of the Television War” with help of his editor, Terry Irving.

Hirashiki was given the nickname of “Tony” by his first correspondent Roger Peterson on the battlefields of Vietnam. He credits this with saving his life multiple times and can still vividly remember his colleagues shouting, “Keep your head down, Tony!”

In the summer of 1993, along with his wife and two children, Hirashiki became an American citizen.

This award honors an individual or corporation that has made strides in promoting and demonstrating diversity in the news media industry. The Leadership in Diversity Award winner is selected by the AAJA National Board.

Randall Yip is a senior producer at ABC7/KGO-TV and a longtime member of AAJA’s San Francisco chapter. Yip has been a veteran AAJA leader and champion of mentoring and has shaped the foundation of what is now the Mentor Match program. Yip took the notion of being a mentor and helped formalize it into a nationwide program in matching scores of mentors and mentees.

Yip’s “even-keeled temperament” and his commitment to inspiring journalists were both cited in his nomination. He has championed the role of mentorship for decades, which has laid a framework for AAJA’s member programs. Yip is a former national officer of AAJA and a past recipient of the AAJA Mentor of the Year and has inspired dozens of other mentor leaders. His efforts have helped develop today’s generation of journalists who are now driven to take up the task of moving forward others by becoming mentors themselves.

Yip’s nomination for this award came from seven testimonials of active AAJA leaders and members, and more have expressed encouragement for their support of the nomination. The testimonials described his generous time, kindness and encouragement to other journalists. Yip has helped make diversity stronger in journalism through his devotion to AAJA’s mission and is worthy of this year’s “Leadership in Diversity Award.”

CONGRATULATIONS TO ALL OUR AWARD WINNERS!

For questions about the AAJA awards, please contact Daniel Garcia at danielg@aaja.org. 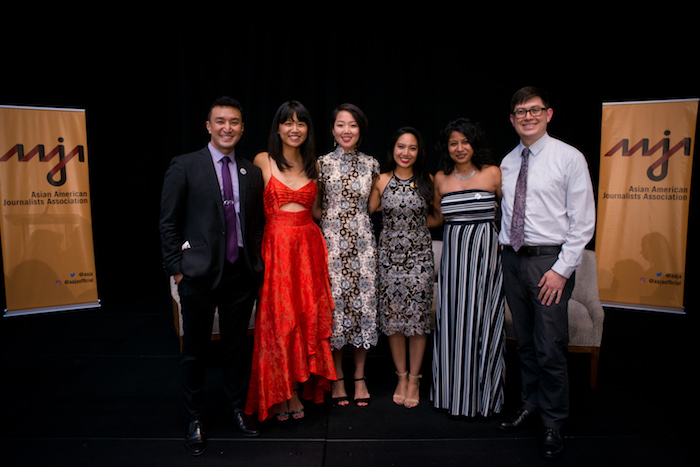