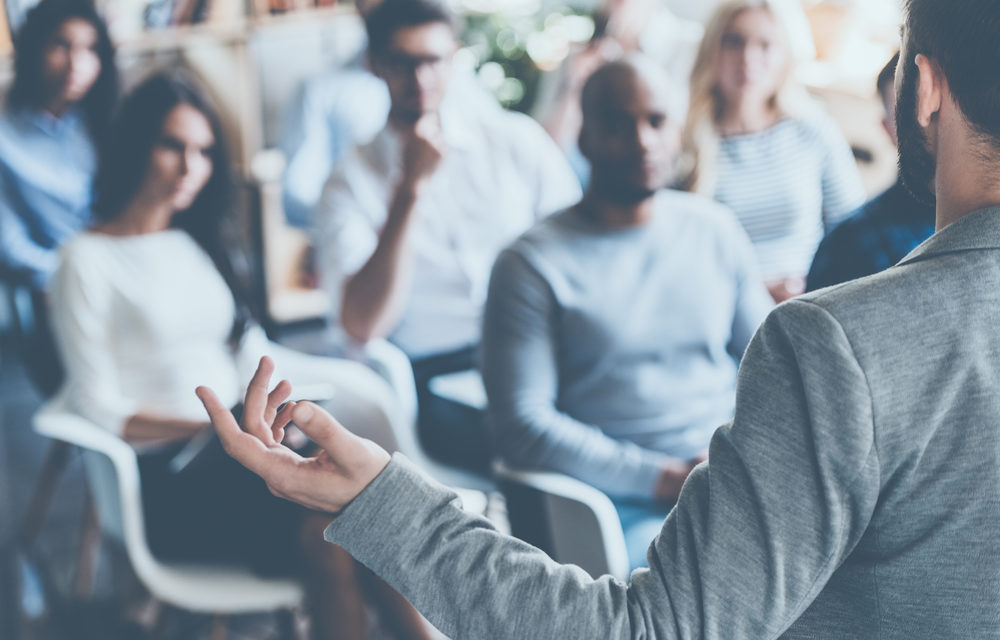 The Asian American Journalists Association (AAJA) is proud to announce the following members who will be participating in the 24th Executive Leadership Program taking place on April 15-19, 2019 at the ABC News headquarters in New York.

To date, more than 500 journalists and media professionals have completed the program since its inception in 1995. The program is open to professional journalists who are interested in moving ahead in the workplace and developing the skills to achieve goals, professional and personal.

In recent years, AAJA has opened the application to all journalists. In the past, the esteemed program was only offered to AAJA members. The change reflects one aspect of AAJA’s mission to advance minority journalists as news managers and media executives and play a vital role in the diversification of newsrooms across the country.

Frank Bi is a storytelling engineer at Vox Media’s SB Nation in New York City where he works on innovative storytelling projects for the web.

Julia B. Chan leads editorial and engagement initiatives as the Director of Audience at Mother Jones. She was previously the Digital Editor at The Center for Investigative Reporting where she managed content strategy, story production, and audience engagement for its radio show/podcast, Reveal, and long-form investigative work. Julia serves on AAJA’s national board of directors and founded Journalists of Color, a global community of digitally savvy and diverse journalists.

Kelly Chen is an editor at the intersection of editorial, audience and product. She’s currently developing Sift, an experiment in news therapy. Previously, she helped coordinate breaking news and alerting across platforms at CNN International and HuffPost.

Jennifer Choi is the Managing Director of the News Integrity Initiative, which is a project of the Newmark Graduate School of Journalism (CUNY). She previously served as the Director of Diversity and Inclusion Initiatives at the school. Prior to the Newmark School, Jennifer was the vice president and chief content officer for the National Committee for Responsive Philanthropy (a research organization for social justice philanthropy), managed the journalism portfolio of grants at the Robert R. McCormick Foundation in Chicago, and served as director of strategic initiatives at Chicago Public Media.

Wil Cruz is a senior editor at ABC News. He has a broad range of experience that includes newspapers, digital and broadcast. He has also been deeply involved with increasing diversity in newsrooms.

Emily M. Eng is a graphic artist at The Seattle Times where she creates illustrations, graphics, maps and interactives for enterprise and daily stories. She works across the newsroom to cover subjects ranging from the environment to politics to sports.

Natalie Hee is a news reporter at FOX-26 Houston and a graduate of The University of Texas. Prior to moving to her hometown, Natalie worked in New Orleans, Austin, Indianapolis and Providence. Natalie currently serves as President of AAJA Texas.

Sally Ho is a national education reporter for the Associated Press, covering school choice and early education. She also reports on philanthropy and the civic interests of the world’s richest people. Her previous assignment for the AP was as breaking news supervisor based in Las Vegas, where she led award-winning coverage of the worst mass shooting in modern U.S. history. Her personal essays on Asian-American identity have also appeared in The New York Times and The Daily Beast. She graduated from the University of Colorado and now lives in Seattle with her husband and toddler.

Joshua Hoyos is an Assignment Editor at ABC News. Seven years ago, he joined ABC News as an intern at Good Morning America. In addition to his work on the Assignment Desk, he has also traveled into the field for ABC News to cover natural disasters in Latin America. He is currently a part of ABC’s Borderline team, which is documenting the crisis at the US-Mexico border. He was a part of the ABC’s Emmy Award-winning team for the coverage of the Pulse nightclub massacre.

Anne Hsu is a Line Producer at CBSN, a streaming news network at the forefront of digital news. With nearly ten years of experience, Anne has produced compelling and dynamic newscasts throughout her career. Most recently, Anne was tapped to lead the CBS Weekend News, where she produced coverage of major stories, including the U.S.-Russia summit in Helsinki and the death of George H.W. Bush. Prior to CBS, Anne spent several years as a producer at local television stations in Portland, Ore. and in Palm Springs, Calif. Anne grew up in Hong Kong and enjoys training for marathons.

Ramy Inocencio is a New York-based anchor and correspondent for Bloomberg Television, Radio and Podcast. He covered the first face-to-face summit of U.S. President Donald Trump and Chinese President Xi Jinping from Mar-a-Lago, reported from Paris on France’s Bastille Day terror attack in 2016 and traveled across the U.S. in 2015 for his Bloomberg Technology series Wiring the World. A global journalist with 15 years’ experience, Inocencio has also reported for the Wall Street Journal Digital Network in Hong Kong, CNN International in New York and Hong Kong and CBS News from New York.

Kyle Kim joined the Los Angeles Times as a graphics and data journalist in 2014. His work has won top awards from the Society for News Design, Malofiej, Los Angeles Press Club, and is published in an edition of “The Best American Infographics.”

Katherine Lam is a digital producer at Fox News focused on breaking and trending news. She began her post-college journalism career at PIX11 News, where she developed a knack for digital production. She is also a photographer for Chinese Tuxedo in New York’s Chinatown.

Christine Lee is an Emmy-Nominated TV Reporter with a decade of professional work experience as a Broadcast Journalist. She has enjoyed a long career with NBC as a News Reporter in Dallas, Flagstaff and Phoenix. Her most memorable assignments include the Vancouver Winter Olympics and an exclusive series on North Korean refugees living in the U.S. She is currently transitioning from telling stories on-air to online and is the President and CEO of Kimbop TV LLC. Her goal during this new chapter is to use her storytelling skills to make a positive impact and grow a profitable business.

Francesca Manto graduated from UCLA with a B.A. in Global Studies & Digital Humanities. Her senior thesis analyzed the United Nations’ use of social media. Throughout college, she was a Social Media Director, Assistant Video Producer, & podcast co-host at the Daily Bruin, UCLA’s student-run newspaper. She moved to New York to edit videos on breaking news and the 2016 election for the NowThis News Snapchat Discover Channel. Currently, she shoots/edits videos for Eater, and also produce/host a video series called “Halo-Halo” that explores the changing landscape of Filipino food in America.”

Dhrumil Mehta tells data-driven stories pertaining to US politics, elections and public opinion through writing and reporting as well as interactive articles, graphics and bots. He is interested in identifying methodologies from quantitative social science and using them to produce meaningful journalism. He has built an internal database, applications and data pipelines that feed live-updating dashboards, and some of our core data infrastructure. He builds scrapers, notifiers and other reporting tools and runs a series of internal trainings to share technical learning with colleagues. He also leads an open data initiative and edits and maintains public datasets.

Andrew Nguyen has been recognized as a leader in digital innovation. He works as a journalist and developer at the St. Louis Post-Dispatch, where he uses his expertise in data, design and code to build apps and interactives.

Madeleine Rivera is a Houston-based multimedia reporter with Fox News Channel. Before working for Fox News, Madeleine was a reporter at News 12 Connecticut. She also worked briefly at Spectrum News Albany. She is a graduate of Fordham University.

Melony Roy is a Digital and On-Air journalist for KYW Newsradio, who was promoted to Director of Digital News in 2018. She is active in the Philadelphia community and is the immediate past president of the Philadelphia Association of Black Journalists.

Christina Shih is the VP of Business Development at the News Revenue Hub, a nonprofit that helps digital news organizations build membership programs. She also designs and leads the trainings for NewsMatch, a grassroots fundraising campaign for nonprofit news organizations. Prior to the Hub, Christina managed Voice of San Diego’s membership program. She has a background in mission-driven event planning and spent four years planning high-level donor cultivation events for art museums.

Anam Siddiq is a producer for CBS News, currently based in the Midwest. She has covered several of the biggest breaking news stories nationally and internationally in the past 7 years, contributing to all CBS News shows and platforms. Previously, she worked at the CBS Evening News and had brief stints at CBS This Morning and 60 Minutes. Anam is a graduate of Columbia Journalism School and majored in Literary Journalism and History at the University of California, Irvine.

Maya Sugarman works at The Washington Post as video editor of The Lily, a publication of The Washington Post that elevates stories critical to the lives of women. She makes a show about contraception called “When Used Correctly” and is based in Washington, DC. She co-directs Voices, AAJA’s training fellowship for minority student journalists. Before joining The Post, she was a visual journalist at KPCC, a National Public Radio affiliate in Los Angeles. She has been an adjunct instructor at the USC Annenberg School for Journalism and worked at newspapers throughout California. She studied art at UCLA.

Alexa Valiente is a producer at ABC News. Six years ago, she began her career as an intern at ABCNews.com and is now on the digital show integration team, working closely with shows like “20/20,” “Nightline,” and “Popcorn With Peter Travers.” She won her first Emmy in 2018 for her work on the “20/20” story “Las Vegas: Heartbreak and Heroes.” As an AAJA member, Alexa has been a mentor for the past two years and is currently a mentee in the ABC News Reverse Mentorship program. Alexa graduated from Seton Hall University with a B.S. in Diplomacy and International Relations.

Nicole Vas is a news designer for The Hill in Washington, D.C. She previously designed for The Arizona Republic and The Daily Journal (LA/SF). She served on AAJA Arizona’s board from 2015-2017 and illustrated for AAJA’s 2018 APA Heritage Month project.

Mihir Zaveri covers breaking news at The New York Times. Before joining the Times in 2018, he covered local government at the Houston Chronicle. Mihir has a master’s degree from the UC Berkeley Graduate School of Journalism with a focus in multimedia. 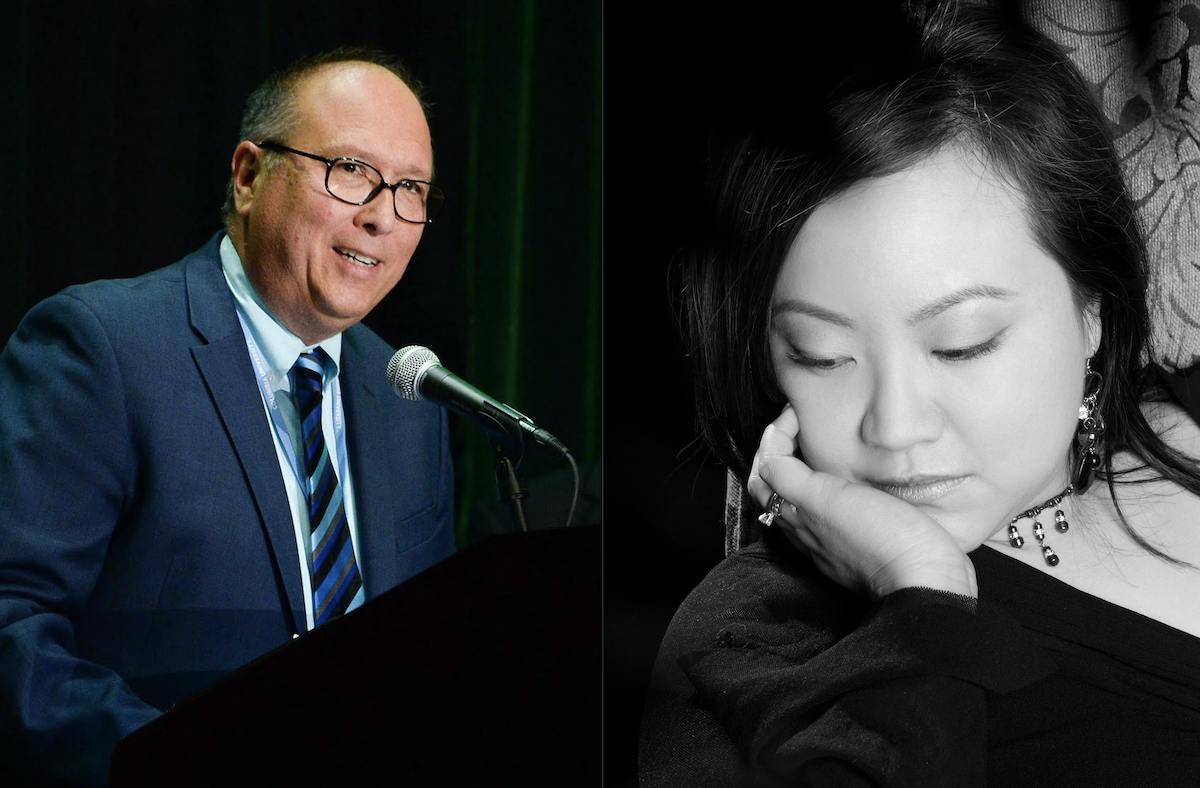