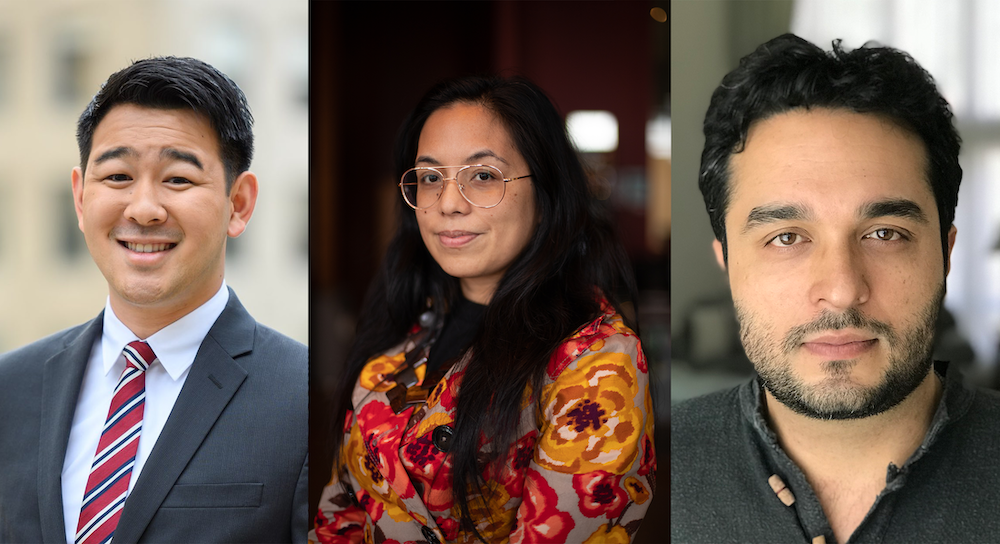 Talal Ansari (AAJA-New York) was recently hired as a reporter at The Wall Street Journal, covering U.S. news. Prior to joining The Journal, he was a reporter for BuzzFeed News in New York City for four years, specializing in breaking news and covering everything from hate crimes to hurricanes. He has degrees from Columbia University and the University of California Berkeley’s Graduate School of Journalism. Email him at talal.ansari@wsj.com. Follow Talal on Twitter @TalalNAnsari.

Venice Buhain (AAJA-Seattle), editorial director of The Seattle Globalist, received a grant for her newsroom for a project on community engagement. The Seattle Globalist is one of eight newsrooms from around the world selected by the University of Oregon’s Agora Journalism Center to get grants advance work on “building connections and trust with their communities.” Follow Venice on Twitter at @venicebuhain.

Ben Pu (AAJA-New York) has been selected as one of the NBC News 2020 presidential campaign embeds. The embeds will begin covering the crowded Democratic primary field and early key states and will continue through Election Day in November 2020. The embeds will contribute extensively to political coverage across all NBC News platforms, including TODAY, Nightly News, Meet the Press, MSNBC, NBCNews.com, NBC News Now, CNBC and many more. Follow Ben on Twitter at @benpu_nbc.