The Asian American Journalists Association and Military Veterans in Journalism urge newsrooms to refrain from use of the Japanese word “kamikaze” to describe the self-detonating Iranian-made drones that Russia is using to conduct attacks in Ukraine. It is an inaccurate use of the term in the context of the developments in Ukraine, and the term evokes imagery of Japanese aggression in World War II that could lead to harmful stigmatization of Asians, Asian Americans and Pacific Islanders.

“Kamikaze” is a Japanese word that translates to “divine wind,” and is commonly used to refer to the Empire of Japan’s military pilots who were ordered to go on suicide missions during World War II, purposely crashing aircraft loaded with explosives onto targets, such as U.S. Navy ships.

The term “kamikaze drone” is imprecise. The weapons that Russia is using in Ukraine are unmanned aerial vehicles (UAVs) that are remotely piloted and designed to detonate on impact. The drones loiter in an area until a target is identified, then the drone is remotely directed to crash into the target.

The use of the term also risks exacerbating the racism and harassment that the Asian American and Pacific Islander (AAPI) community has already faced, and continues to face, during the coronavirus pandemic.

“Call it as it is, without distorting the facts and resurrecting the sad and tragic memories that exist behind kamikaze attacks during World War II,” said Koichiro Tanaka of Keio University in Japan.

“Kamikaze attacks have nothing to do with modern drone warfare, and there is no good reason for reporters to reference a previous historical warfighting tactic in this context,” said Russell Midori, president of Military Veterans in Journalism. “Instead, we recommend using language that more accurately explains how this new technology impacts present-day conflicts.”

In reporting on the drone attacks, we recommend using terms like “self-detonating drones” or “self-detonating UAVs.” Additionally, journalists can describe the actual movements and function of the attacks.

The drones are remotely piloted and are designed to self-detonate when they hit their target. Technically dubbed unmanned aerial vehicles, these one-way attack aircraft are designed to hit ground targets from afar without risking the lives of their operators.

We ask newsrooms to report this aspect of the conflict in Ukraine more accurately, using official and technical terms, rather than harmful, inaccurate colloquialisms. Reporting can be done without using “kamikaze.” We urge reporters to consider historical and cultural context and avoid associating Asian words with topics that are unrelated to the story.

ABOUT THE ASIAN AMERICAN JOURNALISTS ASSOCIATION

The Asian American Journalists Association is a professional membership association founded in 1981. Since its founding, AAJA has been at the forefront of change in the journalism industry, advocating for accurate, comprehensive and fair coverage of the AAPI community. We champion the development of AAPI representation and leadership in journalism through trainings, opportunities and resources for our members as well as through nurturing and maintaining a network and community of AAPI journalists globally. Learn more at www.aaja.org or follow us on Twitter @AAJA.

ABOUT MILITARY VETERANS IN JOURNALISM

Military Veterans in Journalism is a professional association that builds community for vets, supports their career growth and advocates for diversifying newsrooms through hiring and promoting more vets. Veterans bring perspective, nuanced understanding and on-the-ground experience about the military and veteran affairs that ultimately benefits newsrooms and news consumers. Learn more at www.mvj.network. 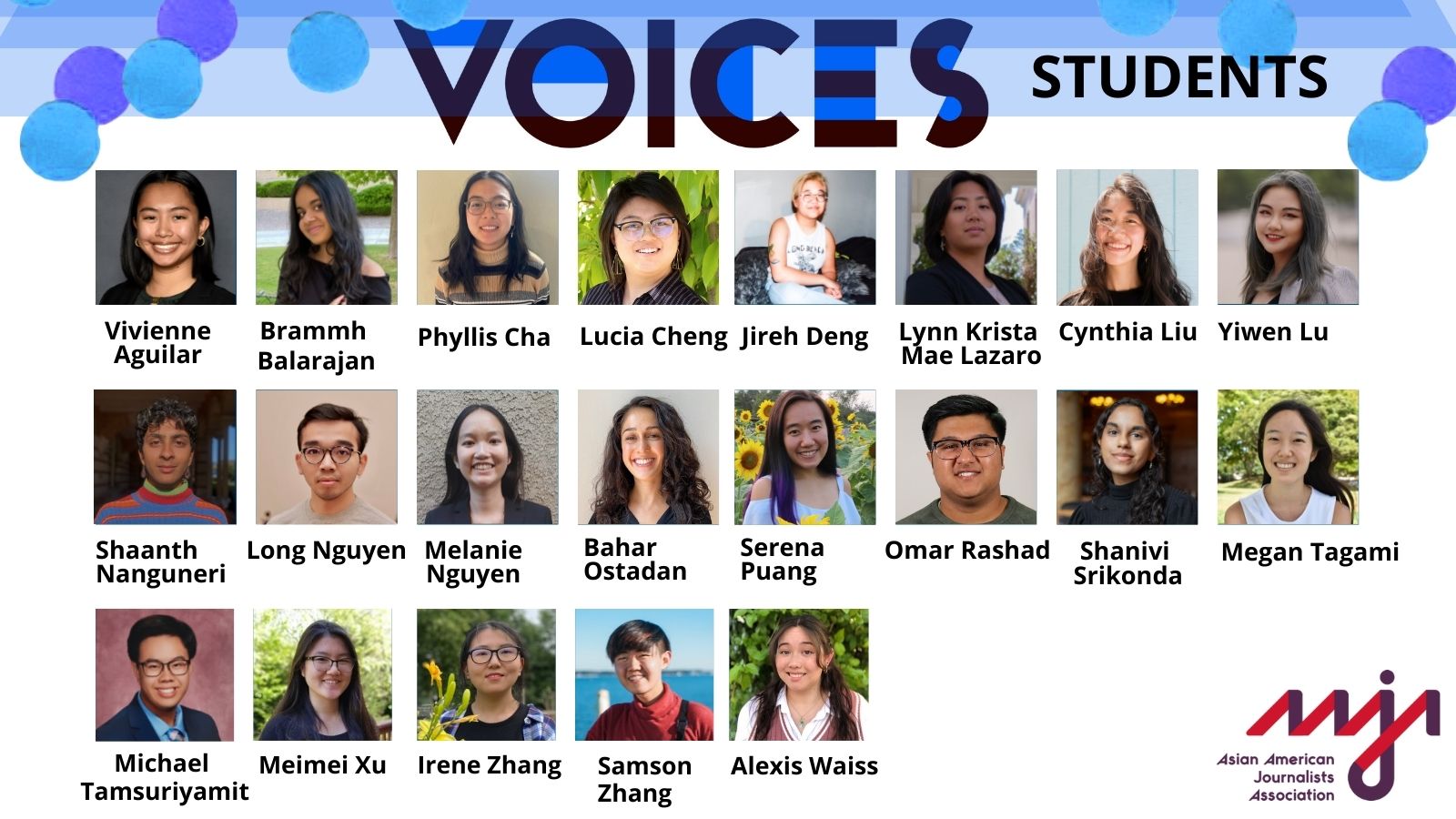